Jakob Lemy Zook currently travels as an Amish exorcism guitarist singer a Supernatural Minstrel Gear throughout the Pennsylvania outback in the Hexbelt region of York county one of the most paranormal regions in the world. He dismantles Hex spells while traveling with his psychic buzzard scout and soothsayer and sometimes with Siren Singers of the Blood Moon Minstrel Guild. Exorcising Hex spells left over cast by the Reptilian Warlock Witch Nelson Rehmeyer and the Reptilian shape shifting Drac Nellie Noll the River Witch of Marietta from the 1920’s.

Jakob Lemy Zook was born into a Dairy farm family Hex County York Pennsylvania. He was abducted as a boy while growing up on the farm by Josef Mengele the Nazi Angel of Death who was going by the name Dr. Green and taken to a secret underground military facility for eugenics and mind control experiments by rogue doctors in a government project known as Project Monarch. Josef Mengele is still alive living in Lancaster Pa with his two sons. He looks to be in his 20’s. He developed the youth drug Adrenalchrome from experiments on young children in Germany during the war. Over 800 Nazi scientist’s were brought to America after World War 2 and many were involved in the Project. The underground operation was located underneath the military base at the Aberdeen Proving Grounds in Maryland with tunnels extending to the Mental Institution at Harrisburg and surrounding area. Many tunnels through Hex county extending to the secret Military base at Raven Rock. He and his family were tranced by the drug Burundanga during these abductions and when returned home no one had any memory of Jakob’s disappearance. On his final abduction he woke up and found himself in a cage with other children stacked high to the ceiling from all around the world. He was in a cage with boy name Billy and a girl named Mary. Jakob escaped the cage helped by a soldier who was later executed. Jakob was found wondering in the woods and taken in by an Amish family. Because of the experiments and through a divine intervention he began to have strange memories of a world. A supernatural world. He learned that he was sent to earth on a mission and belonged to an ancient traveling minstrel group. The Supernatural Minstrel Gears of the Blood Moon Minstrel Guild. John Lennon belonged to the Guild and was sent to Earth traveling the Reincarnation Route to be born and to join the rock pop group the Beatles. A Guerrilla Minstrel summoned by the Intelligent Star to try and change the culture of the human race with songs of peace and love. The Guild extends back millions of years dating back to it’s beginning. A guild formed during the solar system formed during the formation of the Music Of The Spheres. The sound of music being performed constantly played by the planets. There is an approaching storm coming known as the Perfect Paranormal Storm. A supernatural storm surge will soon strike earth. It’s sound waves emitting a supernatural wave force. Their is a conspiracy on Earth. A conspiracy coming from the New World Order, 9th sector Reptillian Dracs and the Haarp wave unit in Alaska. A grand opera will soon be performed in a Paranormal Opera known as the Trance Of The Monarch Butterfly with other Supernatural Gears currently coming to HEX county. The legendary John the Balladeer a Supernatural minstrel is coming to the region. John the Balladeer was a fictional character in Sci Fi stories. But, in the real world he was real traveling with Jakob Lemy Zook the Amish Exorcism musician throughout Appalachian as cloaked minstrels for the Guild. The Supernatural Gears will perform in a grand opera in a supernatural battle of the bands. Supernatural songs passed down through the centuries kept a secret vault…. The ancient Blood Moon Song Vault. Sound waves against sound waves which will determine the fate of the Human race – Lenny Wiles Lionstar the Cedar Valley Minstrel of Heavencan Supernatural Minstrel Gear. 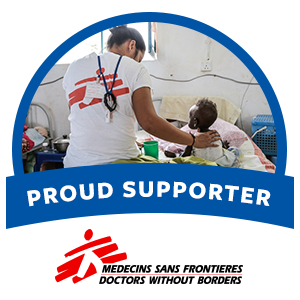 
Lenny Lionstar is a Graphic COMIX creator and recording artist and songwriter living in Hex County Pennsylvania. He calls the songs he writes Psychedelic Rock n Roll Phantasm. Lenny’s interest in the supernatural began when he was growing up on the family farm in Hex County where he encountered Aliens in a field by a Power line……. Give a listen to Lenny’s music it’s very different and unusual filled with a great sense of artistic sonic space rock adventure. The Space Opera, Jakobs Diary, “Trance Of The Monarch Butterfly.” SONG VAULT. Thanks for listening, Count Zadar Von Ott, Electrogenesis Music,